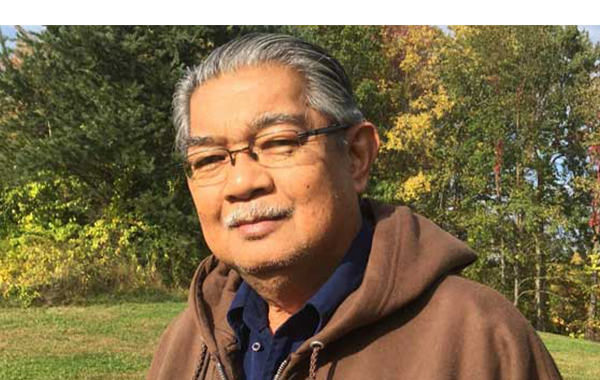 C & E Publishing author Edgardo Maranan bagged the first prize in the 2015 Nick Joaquin Literary Awards (NJLA) of the Philippines Graphic for his short story “Native Land.” He and the other winners were honored during the awarding ceremony held at the F1 Hotel, Bonifacio Global City in Taguig City last September 29, 2015.

Maranan is a poet, fictionist, playwright, essayist, and translator. He is also a Palanca Hall of Fame awardee with the most number of wins—35—in various categories.

Other winners of the NJLA were Betting Laygo-Dolor (second prize) for “Diary of an Alien Abductee,” Jenny Ortuoste (third prize) for “Marry Me,” and Jose Victor Peñaranda, who received the Publisher’s Choice Poet of the Year Award. Laygo-Dolor is the editor of The Philippine News, one of the biggest Filipino-American newspapers in the United States. Ortuoste is a columnist of the Manila Standard and a three-time NJLA winner. Peñaranda is also a recipient of Gawad Balagtas and Don Carlos Palanca Literary Awards.

This year’s board of judges was composed of Dr. Gemino Abad, professor emeritus of the University of the Philippines Diliman Department of English; Dr. Cristina Pantoja-Hidalgo, director of the University of Santo Tomas Creative Writing Center and former head of the UST Publishing House; and Alfred Yuson, an award-winning novelist and poet.